A Reason To Live: A Novel About Inspirational Fictional Characters Overcoming The Odds

What if losing your spouse meant finding God?

Jonathan Duncan’s world ended when he laid to rest his heart. He had never loved anyone like he loved her.

Late one night a knock on his door changes his life forever. Who is it?

The depths of God’s love is like a puzzle. Without eyes, you’ll never see the pieces in your life.

A Reason To Live is a heart-felt great christian romance novel that tugs at the heart and inspires those who seek to know God more intimately.

“Either T.K. has gone through this experience or he has done a lot of research because as I read it, I was right there.” – Gurame

“… A delightful story showing how God’s love is there no matter the brokenness of an individual.” – Marilyn R | VINE VOICE |

A story about a widowed man who has lost his spouse, A Reason To Live, shows readers what inspirational fiction characters look like in story form.

Story Sample from A Reason To Live:

POUNDING COMING FROM THE FRONT door of his house on the South Hill woke Jonathan Dunken from sleep at three o’clock in the morning. Then the doorbell chimed, pulling him further away from his slumber and fully awake. He had only been asleep for an hour, as he had been up late the night before sketching building concepts for a client. He was the co-founder and sole architect of his and his brother Tyler’s company, Willow Design. A company the two of them started just a few years ago, after Marie passed and Jonathan needed more work to throw himself into.

Pushing his eyelids open, he sat up in his bed, smoothing a hand over his face. Who on earth is that? He wondered. The doorbell chimed again, and he begrudgingly emerged from his bed and left his bedroom.

He traveled out from his room, through the long hallway, and down the glass stairs. As he entered the foyer, more pounding on the door sounded, edging his already growing irritation. He was ready to rip into whoever was on the other side of that door. But when he finally opened it, his heart plunged and the wind fanning his anger fell quiet. It was his sister-in-law, Shawna Gillshock, a woman he hadn’t seen since the funeral four years ago.

Shawna looked just like he remembered her—a mess, her brunette hair disheveled, eyeliner mingled with rainwater ran down each of her cheeks. She was wearing a stained pair of ragged sweats three times too big and a ragged oversized hooded sweatshirt. He immediately noticed the sight of fresh blood on a cut near her left eyebrow.

“I need your help, Jonathan. I didn’t know where else to go.” Her voice was strained, filled with desperation. She jerked her head toward the car in the driveway. Sheets of rain and wind whipped back and forth in the night’s air, dancing across the headlights of the car. “My dad wouldn’t let me come to his house. I need a place for me and my daughter, Rose, to stay tonight. My boyfriend beat me again, and I’m leaving him for good this time. You’re the only person I know that he doesn’t know. Please?”

Jonathan was moved with compassion, though a part of him wanted to say ‘no’ to her. Deep down, somewhere beneath the pain and grief that followed losing his wife, he heard a whisper and felt a nudge. Let her stay.

“Okay. You can stay.” He helped her inside with her luggage and daughter. The luggage she had brought didn’t consist of much. A backpack and one suitcase. Once the two of them had everything inside the house in the foyer, he led the way to the guest room on the main floor of the two-story house. The room was tucked away at the end of the hallway. Opening the door, he flipped on the light switch. Two lamps, one on each nightstand on either side of the bed, turned on. Each of the nightstands, along with the dresser and crown molding, was stark white. The walls were a warm brown, not dark, but not light either. On the far side of the bedroom, near the dresser, was another doorway leading into an en-suite bathroom.

“Thank you so much for this.” Her words were filled with genuine gratitude as she set her backpack on the bed. She turned and glanced at the TV on top of the dresser.

“How long do you think you’ll be here, Shawna?” Jonathan was gently reminding her it wasn’t a long-term solution but more of a friendly gesture in a time of need.

“Just a few days. I’m going to call my dad again tomorrow and see if I can convince him to let us stay there with him and Betty until I can figure something out.”

The mention of her parents jogged painful memories that Jonathan had tried to forget. His parents had died his senior year of high school, so he only really had Marie’s parents in his life. “Okay, and if he doesn’t budge?”

Shawna turned to face him. “I’ll figure something out. Don’t worry about me, just thanks again for tonight.”

She touched her tummy. “I’m hungry.”

Smiling, Shawna turned to him. “She’s two. Talking away already. Do you have anything she can eat?”

Scrambling through the fridge in his mind, he shrugged. “Does she like tuna?”

“Um, not really. Do you have hot dogs, macaroni, or something more kid-friendly like that?”

“No, but there are eggs in the fridge. Sorry. I wasn’t really prepared for you.” He tipped a smile, trying to loosen the awkwardness and embrace the disturbance of the entire situation.

She laughed lightly. “It’s totally fine. Eggs work great. She loves scrambled eggs. Thank you again, Jonathan. It means the world that you took us in tonight.”

“Don’t mention it. Do you need help cooking, or can you manage it?”

“It’s pretty basic. I think I got it handled. You look like you need some sleep, so go ahead.”

Leaving Shawna and Rose in the guest room, he shut the door quietly and thought of his late wife, Marie, as he made his way back to his bedroom upstairs. Shawna was his only sister-in-law, and she had made frequent appearances in his and Marie’s life, but that had been years ago. Even back in the day, Shawna was always in need. Her life reminded him of a slow-moving train wreck in progress. Though her life was a wreck, Marie was always ready and willing to love on her and care for her when she was in need of her big sister. That was Marie’s nature with not only family, but anyone who was in need.

Inspirational Fictional Characters You Can Relate To

Good Christian romance novels need inspirational fiction characters that you can root for and that’s what you’ll find when you pick up a copy of a T.K. Chapin novel.

Through much prayer and consideration, T.K. Chapin has fashioned this story into a piece of Christian literature that will bless you in reading and encourage you in your walk with Christ. 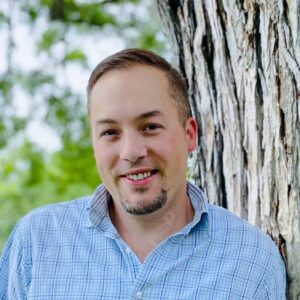 The Christian Author Who Keeps God At The Center Of Everything.

T.K. CHAPIN is an award-winning Inspirational Christian Romance and fiction author who designs his stories to inspire and tug on your heartstrings.

He believes that telling authentic stories of faith, love, and family helps build the faith of believers while inviting non-believers into the reality of God.

Each story highlights how God can work in the lives of those who follow Him.

Chapin gives all credit for his writing and storytelling abilities to God. The majority of his stories take place in and around his hometown of Spokane Washington.

Chapin & his wife reside in Southeast Idaho and have three children.

When not writing, he enjoys traveling, swimming, and spending time with friends & family.

Christian romance novels are often just about two people falling in love, but it goes far beyond just that in T.K. Chapin books.

Real-to-life stories about realistic people are in every single book that Chapin writes.

People struggle with their life and sometimes their faith, Chapin captures that in every story he tells.

If you’re looking for a Christian romance novel that not only entertains but also inspires, pick up a copy of one of the many titles T.K. Chapin has published.

As a Christian author, speaker and entrepreneur, it’s T.K. Chapin’s hope and desire to help build the Kingdom of God for His glory alone. It’s through the stories, articles, and connections with others that this is made possible.

10 reviews for A Reason To Live: A Novel About Inspirational Fictional Characters Overcoming The Odds