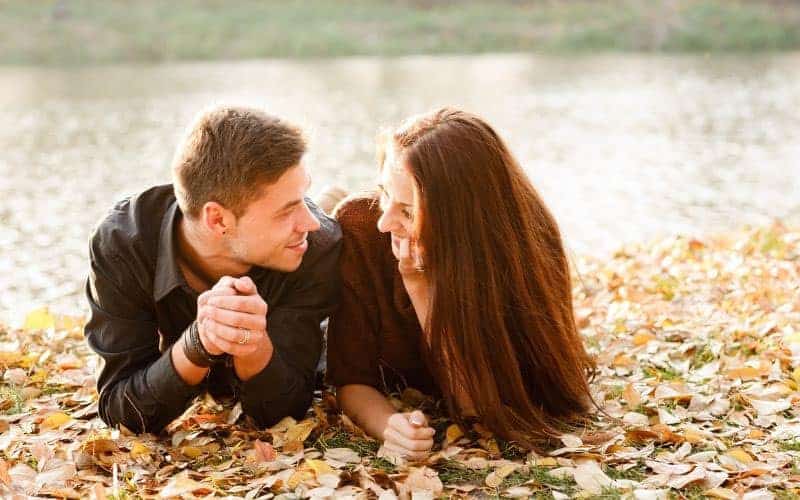 If you see these signs in a man, you can be assured that a godly man is indeed pursuing after you. Pray and ask God for His wisdom in the relationship. Knowing that you are being pursued by a Godly man is both exciting and rewarding if he truly is godly.

These points will help you identify if the man is godly and also if a godly man is pursuing you.

1. He Spends Time With You (Godly Men Invest In Their Relationships)

If a godly man is pursuing you, first look at how he spends his time. The Godly man has God as a priority in his life, but if he’s in pursuit of you, he will make sure to make time for you. If he’s often busy with friends and other activities, but you’re last, he might not be pursuing you like you think.

Don’t discount a busy man though for a man who is not interested.

The most treasured possession we have is not money, but our time. It’s the key to truly understanding all human relationships.

Wondering about the character of a dad? You might be interested to read the article I wrote about what makes for a godly father.

Get To Know His Relationship With God

If you’re not to the point where you feel comfortable asking questions about his Bible reading and prayer habits, listen to what he talks about when you spend time with him. Does the mention of God come up?

The truth about the human mind is the fact often whatever we spend the most time focusing on gets most our attention. If that’s video games, we talk about video games. If it’s working out, we talk about that. If it’s God who consumes our time, He will be the topic of conversations (at least some of the time).

Finding out how he spends his time will help you identify whether or not the man who is pursuing you is Godly as well as aiding you in understanding if he is indeed pursuing after you.

2. He Sometimes Asks Hard Questions (He Must Know If You’re Marriage Material)

If a Godly man is pursuing you, he won’t be interested in any kind of shallow relationship with you. He values his time and is not wasteful with whom he spends it. Therefore some of the conversations that will naturally flow out are serious in nature and might be alarming by some.

Questions about marriage, children, parenting, finances, and faith will be brought up.

Because he needs to identify whether or not you two are a compatible match for marriage. Without the possibility of a good fit for marriage, the godly man will stop the pursuit. His mind is focused on what God’s Word says about wives, and the only purpose for dating in his mind is for the purpose of marriage.

Here are a couple of examples of what God-focused men will have written onto their hearts.

The man with God as his priority will not waste time with women who are not going to be a blessing to himself and his future family. He knows the difficulty of finding a good wife, so not even a moment can be wasted. Once he finds a potential match, he begins to study her and learn how to please her.

3. He Goes Out Of The Way To Please You (A Godly Man Loves Deeply)

As a godly man pursues, he becomes a student of the woman he is desiring to one day make his wife. He learns everything about her in order to care more deeply for her and show her the deepest recesses of his heart. The true godly man will not cease this activity after marriage, but instead, continue to learn more about his bride. It’s a lifelong journey of knowing her more intimately.

A fair warning to all. This godly man will not be perfect or will he be sinless in his life, but his overall desire is for his wife and to please her. In the dating phase, it is not different. He desires to show her the depths of his love by any means necessary. This is a precursor to loving her like Christ loved the church (this is reserved for marriage).

Jesus laid down his life for the church, and the godly man in pursuit of that precious wife will do just the same. It’s through this kind of love that the man is able to have and feel the sense that “she makes me a better man.”

All of this pursuit isn’t without carefulness, for the godly man will not compromise on any level.

Though his heart’s desire burns deep within his soul, the godly man will not compromise his beliefs for instant gratification of his flesh. He clings to the Word of God like oxygen and he will not give into temptation.

In a world full of people who shout, “do what feels good,” the godly man refuses to conform to the world around him. He won’t lie because it displeases God, and he will not sleep with a woman before marriage, because God says not to do it in the Word of God. He is a man who is completely trusting God.

Bible verses about integrity like the one above are written into the godly man’s heart. He knows he is representing Christ and he must carry with him at all times a good conscience. This enables him to live his faith out daily and confidently.

This kind of man can sometimes come across hard and possibly to some as unloving. This isn’t unloving but instead rooted in Scripture and truth, unwilling to yield to any compromise of faith and belief.

When it comes to the topic of sex before marriage, much of the world today says the Bible is outdated and it’s recommendation is old-fashioned. This type of idea is rejected by a godly man.

The godly man knows that God designed one man and one woman to have sex in the confines of marriage only.

5. He Shares His Heart (Godly Men Are Willing To Be Vulnerable)

Godly men are willing to share the depths of their hearts, the inner working parts of who they are. This kind of openness only comes from a man who is stable emotionally and has full confidence in God. This openness also creates a vulnerability that not many people are willing to do, but what it does is open the heart of the man up to others (like yourself). In turn, you and others will be more likely to share your own struggles and heart.

This type of openness combined with gentleness leads to the fulfillment of the command in Galatians 6:2.

Godly men care deeply and are willing to go deep not only with their own struggles but with yours as well.

They’ll be attentive, present, and willing to listen (though not always perfectly). This vulnerability and openness only happen when a godly man is pursuing you. He will also have no issue in admitting when he has done wrong.

6. He Admits When He Is Wrong (He Admits Fault)

Admitting fault over a matter is no easy task for the average person. The reason for this roadblock is because our hearts are full of pride. This pride builds walls around ourselves to keep others out. The godly man is able and willing to admit when he is wrong.

He will tell you that he had wronged you and will ask for your forgiveness. He knows confession is important and leads to prayer and healing. If he desires to make you his wife one day, he’s going to be admitting his wrong throughout your relationship. Look for this willingness.

7. He Respects You (A Godly Man Will Love & Respect You)

The man of God who has his eyes set on the woman who hopes to one day make his bride will respect you no matter the circumstance. Violence and emotional manipulation or abuse is no part of who he is as a person.

While there is no Bible verse that directly instructs not to hit or harm a woman, there is plenty that point to a type of gentleness and love towards all people, including women. The godly man knows this and will respect you, along with all people, with a love and respect that imitates that of God.

Love and respect are at the forefront of the godly man in his pursuit of a bride. You will know he loves you and respects you by all the other points mentioned on this list. He will spend time with you, ask hard questions, go out of his way to please you, won’t compromise his values, share his heart and admit when he is wrong.

If a godly man is pursuing you, pray for God to show you if this is the one He has picked out for you. Good and strong Christian men are becoming rarer these days.

If you find one, don’t let him go and treat him right.

Check out my selection of Christian romance novels about single men and women who desire to honor God and find love at the same time. View books. 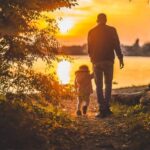 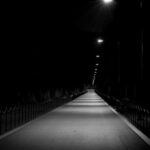 Straight Is The Gate And Narrow Is The Way 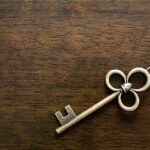 How To Trust God Completely Every Day 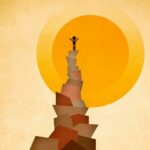 Joshua 1:9 | Be Strong and Courageous